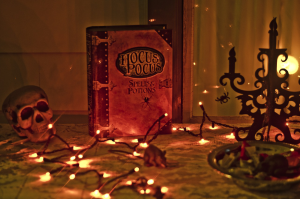 Guyana, like any other country blessed with multiculturalism, is rich with myths and legends.
The blend of ancestries creates a mosaic of religious practices, some of which remain traceable to their source.

I will attempt to show the myths associated with each practice. The difficulty to separate religion from superstition is demonstrated with these examples.

Perception can cause ordinary citizens to fear and avoid some religions, with the unfounded belief that the practice is designed to harm.

Many scam artists help to contribute to the stigma attached to these ancient religions, tainting them because of greed.

An “Obeah Man” is said to have the power to help you vanquish your enemies. When you cross his palm with money, he prepares a concoction that you must get your target to ingest.

If you know your adversary, you simply bring an article that once belonged to that person, such as a lock of hair or a photograph. Many folks remove all traces of hair from combs, brushes, beds, floors, and bathrooms, for fear that someone can use these items to “Obeah” them.

Some people “feel” that someone is trying to harm them but they can’t identify their enemy. This suspicion is brought on by nightmares, sickness, a “heavy” feeling (being under surveillance), or loss of weight.

For children, the common malady that requires treatment is called “bad eye”. This affliction is caused by any stranger who admires the child. The child’s age can range from newborn to teenager. Symptoms experienced, include loss of appetite, lethargy, fevers, crying or jumping in their sleep, and loose bowels.
On an initial visit to the Obeah Man, he will perform his rituals to identify the person with harmful intentions. He usually reveals the identity of the individual after he gets his fees.

He convinces his “client” that the only way out is to counterattack the enemy. This may require many follow-up visits, depending on the strength of the enemy’s hex. His fees are payable at each visit and can vary according to the degree of battle with the opposing Obeah Man.

He sends his client on a mission to gather articles from the wrongdoer. He cautions his client to adhere strictly to his instructions. They must not breathe a word to anyone, not even their closest kin. Death or harm will be visited upon them if they do.

Subsequent visits will culminate in the preparation of a dark substance in a vial. The client must use guise and guile to trick the enemy into consuming portions of the mixture for a series of days until it is finished.

Noticeable signs of reaction by the enemy convince the Obeah Man’s client that the “medicine” works. This brings psychological relief and they feel better; grateful to the Obeah Man.

The secret contents of the vial usually consist of a number of ingredients designed to cause ill health or death.

It is rumored that the drained water from washing dead bodies, plays a significant role as the main ingredient in the mixture. Body waste, such as feces and urine is also used.

These con artists create fear and suspicion for their own monetary gains, tainting a religion that may have arrived in Guyana in its pure form.

Read paranormal tales from the book SUPERNATURAL by Kamil Ali.