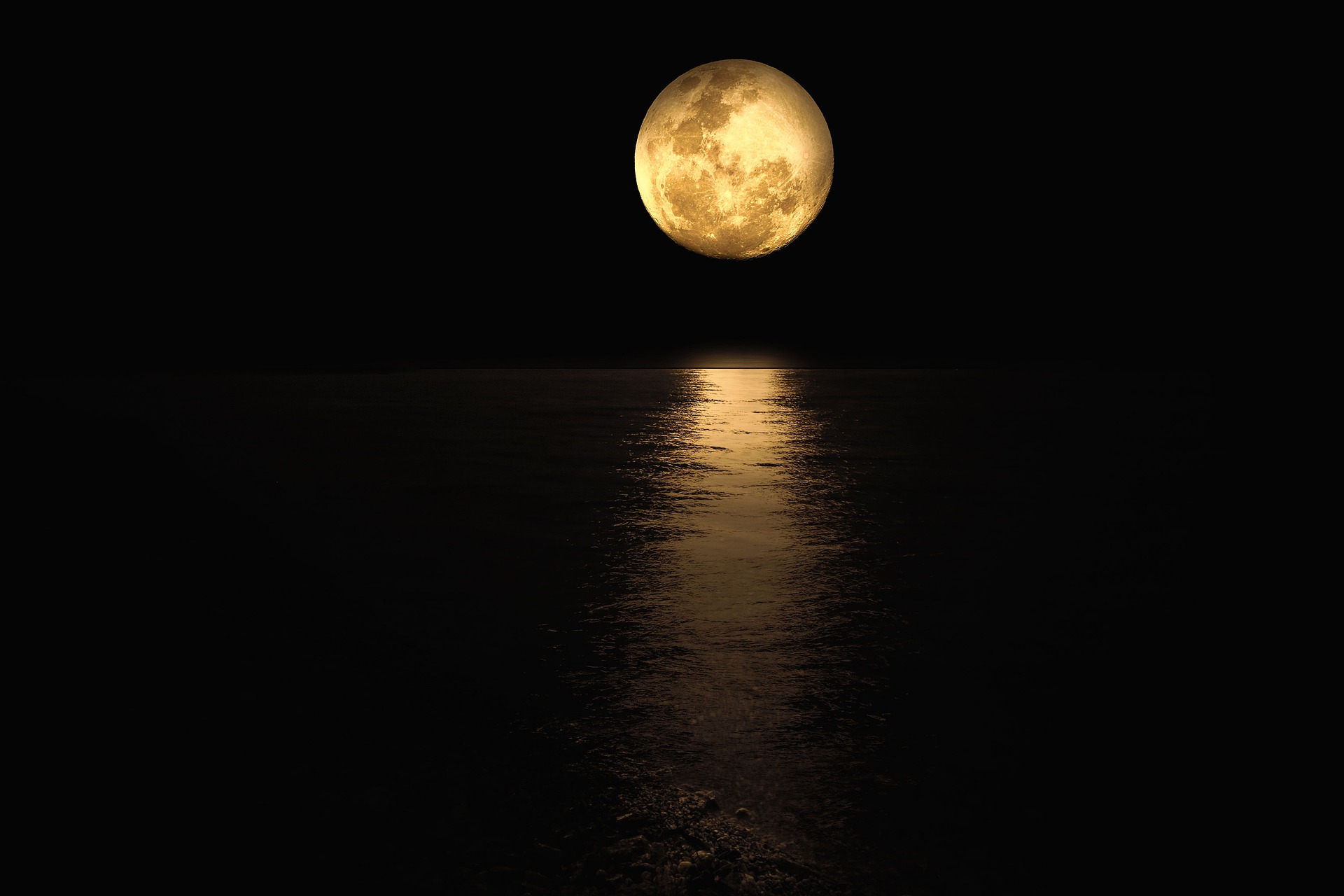 Romance and practical use of the moon have never stopped, since the beginning of recorded time. The lunar cycle formed the framework for calendars and almanacs. Many religious and cultural groups still use the moon to maintain and organize their existence. Nations depict the moon on their flags.

People who lived in rural areas at the turn of the twentieth century did not have the luxury of electricity. They relied on the moonlight for nighttime activities.

The moon features prominently in many legends, myths, and folklore, creating such characters as werewolves, witches, and mermaids. Every culture has its own unique twists to these lunar manifestations.

Devil Worshippers conduct Satanic Rituals and Blood Sacrifices under the light of the full moon.

Many scholars and psychologists attribute imprudent behavior in living organisms, to the effects of the full moon.

Land and sea creatures perform mating and other rituals by the light of the full moon.

The light of the full moon creates romance. Many poems and songs praise the moon for bringing love to someone’s heart.

The full moon’s magnetic pull influences the tides on Earth.

Children see “the man on the moon” on cloudless nights.

The moon also created a competition of global proportions. Developed countries vied for bragging rights, as the first to set foot on the moon. The United States claimed this distinguished status in 1969, ten years after the Soviet Union declared success in landing an unmanned spacecraft on the surface of the moon.

These accomplishments cannot be verified beyond the records of the competing Nations. The moon rock does not provide evidence of a visit to the moon. Independent bodies cannot make comparisons with the actual composite of the moon’s surface.

It is curious to note that subsequent missions to the moon after Apollo Eleven did not generate much world interest and did not reveal any significant findings. How about the abrupt end to lunar visits and reluctance of any other country to emulate this “feat”?

The following series of blogs will focus on the darker side of the moon, which gives rise to fear, foreboding, and madness. Our journey will fill our appetites with eerie tales of the extraordinary, under the influence of the moon-glow.

Click the links below to read intriguing tales of the paranormal from the book SUPERNATURAL by Kamil Ali.