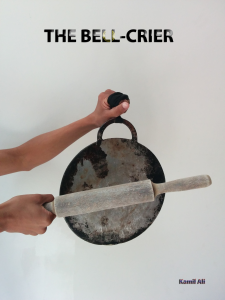 Today we’ll take a stroll back in time, before the days of running water through pipes, electricity, and telephones.

Villagers used buckets to fetch water from a central well-yard, where they pumped warm red mineral-rich water out of the ground. They used water from the canals to wash their clothes, since the well-water reddened clothing.

Kerosene lamps came in different varieties and filled the dark nights with light. Pumped lamps pressurized the kerosene and created a bright glow on a netted mantel for evening activities. Fire from the wicks of smaller lanterns flickered throughout the night during sleep. If nature’s number two called in the middle of the night, these little lamps lit the way to the outhouses, called latrines, about fifty feet away from the houses in the backyard. Liquid bodily waste went into a ‘posie or po-po’, a container hidden under the bed that residents emptied and washed each morning.

With no electricity and only a few battery-operated radios in the more affluent homes, a Bell-Crier had the responsibility of delivering public announcements. Employed by the village office, the Bell-Crier walked through each street and shouted the current affairs for all to hear. Instead of a large handheld bell, some villages had a tawa, a flat round iron pan placed over a fire to bake flat-bread or roti. Villagers also used this utensil to toast buttered bread.

The Crier dangled the tawa from a string and banged it with a ‘bellna’, a wooden rolling pin used to flatten dough into a rounded roti-shape.

Among other important occurrences, a Bell-Crier informed villagers of the dates of public meetings, birth, and death announcements.

Dasrat lived alone in his little shack on an empty lot close to the seawall. He’d become the third generation Bell-Crier, following in the footsteps of his grandfather…

Click the links below to read this intriguing saga of a funeral announcer’s desperate attempt to cheat death when his friend, the Grim Reaper comes calling…